Ted was a rare African American “Mod” living in Huntington Beach
in the late 70’s. He loves music and used to go to Madame Wong’s
Club in Los Angeles with a group of Mod friends known as “The
League”. They would also love to fight the Punks at the Fun Zone
in Newport Beach. Ted learned to drink in the Navy, serving on the
USS Bradley, a Fast Frigate.
Ted nearly killed a man, but was never suspected for the crime. As
he was about to flee to Brazil, the “Holy Spirit” ordered him to turn
himself in. He did, and received a sentence of 23 years to life.
In jail they segregate you. The brothers there called him a “white
chocolate” and said that he needed to learn to speak like them. In
prison he learned how to make “Pruno” – or prison hooch, a crude
alcohol made from just about anything which doesn’t move. They
say that you can get nearly anything you want in prison.
Ted says that in his 13 years in prison he had more “peace” than all
of his years on the street. He considers himself an urban poet. 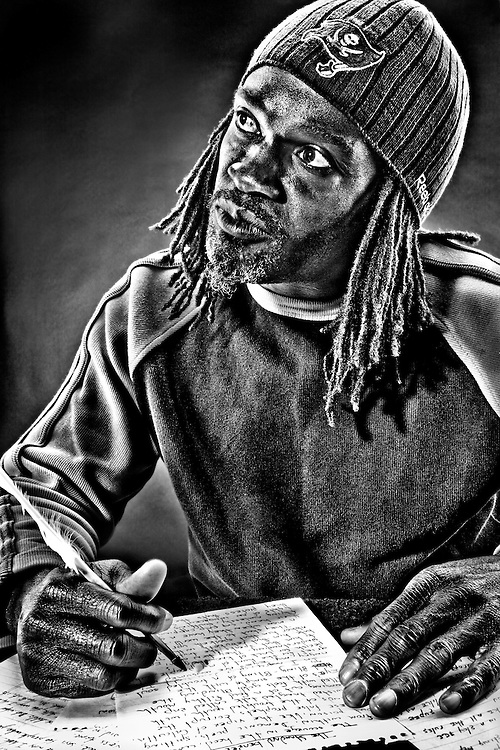