Howard is the reason this project started. I had been feeding him a hot meal and giving him a place to just sit ... a place to feel like a normal human for a while. However, what began simply as a spontaneous act of benevolence turned into something bigger than I’d ever imagined. It was a few weeks before Christmas and Howard had stopped
by for a little respite from life on the street. I wanted to give him some money – but in a respectful way – so I asked if he would pose for my holiday card. The Santa portrait we had intended to take instead reminded me of Tolstoy, so I had him back for another
session. The final image turned out so beautiful that I asked him to bring in some of his friends who might let me photograph them. Howard had spent a year in the Orange County jail, where he got a spider bite and lost a couple of his toes. He said that in prison the only people that gave him a hard time were the guards. One night he was reading past “lights out.” The guard came in and did an inspection, finding some newspaper – a violation. Howard protested that they had no toilet paper, and had to use the newspaper instead.
The guard wrote him up, causing him to be locked in his cell for three weeks ... ironically, with no toilet paper again. He continued to use the newspaper; a veritable Catch-22. Howard is now off parole. 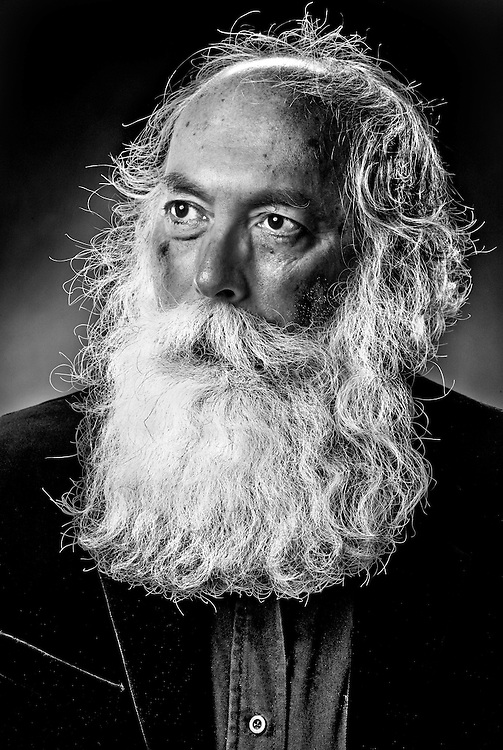